All of us World Marathon Majors finishers are always looking out for the next race that’s going to be added to the prestigious list. News came out today that Sydney Marathon may be one of them! Read on below… 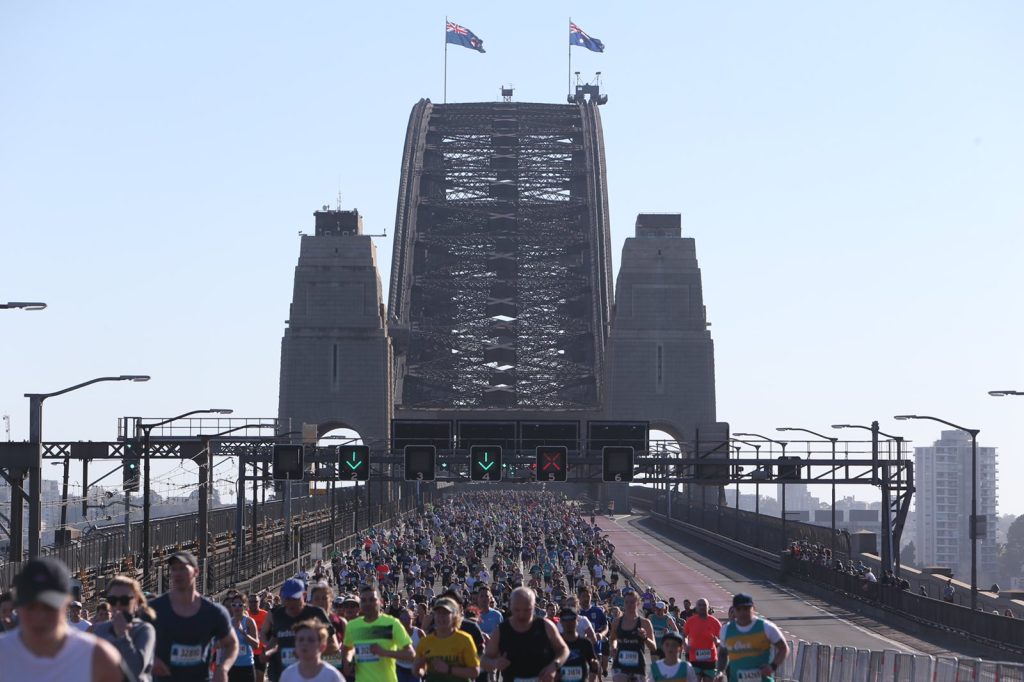 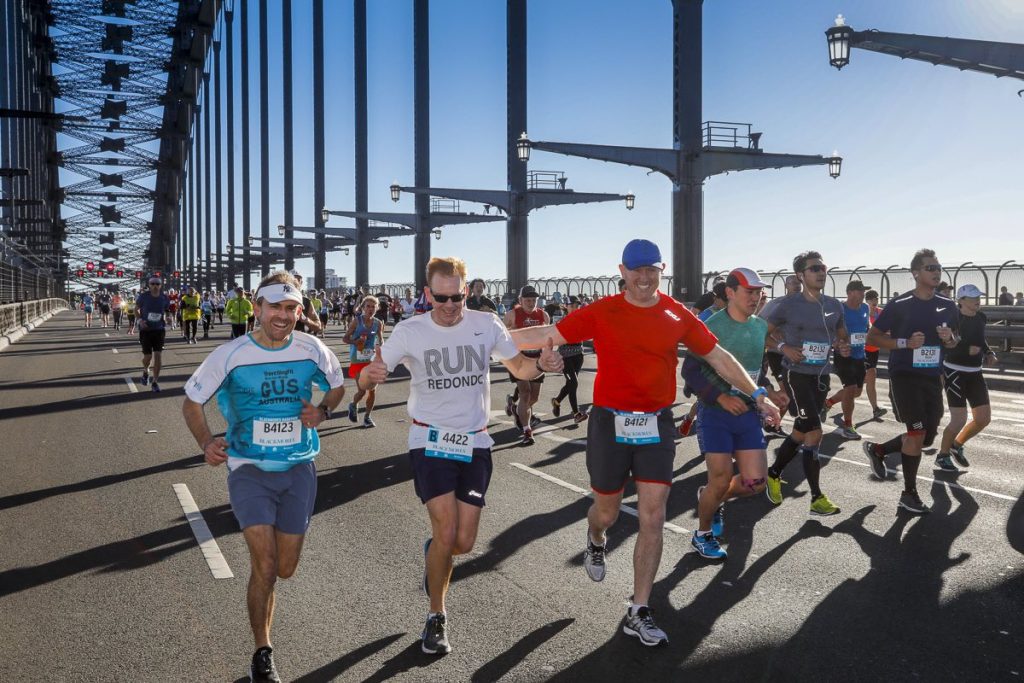 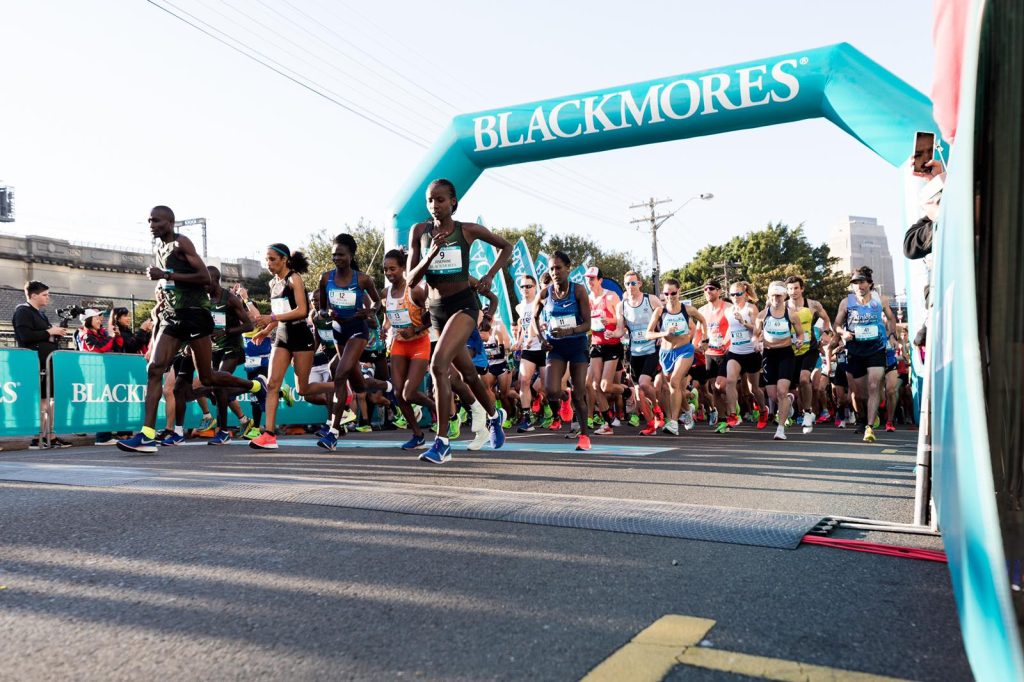 The Blackmores Sydney Marathon has officially been announced as a candidate race for the Abbott World Marathon Majors (AbbottWMM) – the first marathon in Oceania to be nominated.

The announcement marks the commencement of a multi-year evaluation process by AbbottWMM.

To become a Major, the Sydney Marathon will be required to meet strict criteria over a three-year period and if successful, will join an esteemed group of races – Tokyo Marathon, Boston Marathon, TCS London Marathon, BMW-BERLIN Marathon, Bank of America Chicago Marathon and TCS New York City Marathon – as a new member of the prestigious Abbott World Marathon Majors in 2025.

“We have always believed that the Blackmores Sydney Marathon has what it takes to be an Abbott World Marathon Major, so becoming one of only three candidate races is a tremendous honour”, said Wayne Larden, Race Director, Sydney Marathon.

“The Sydney Marathon is part of Australia’s largest running festival, the Sydney Running Festival, attracting thousands of participants to run across the iconic Sydney Harbour Bridge and finish under the sails of the Sydney Opera House each year. 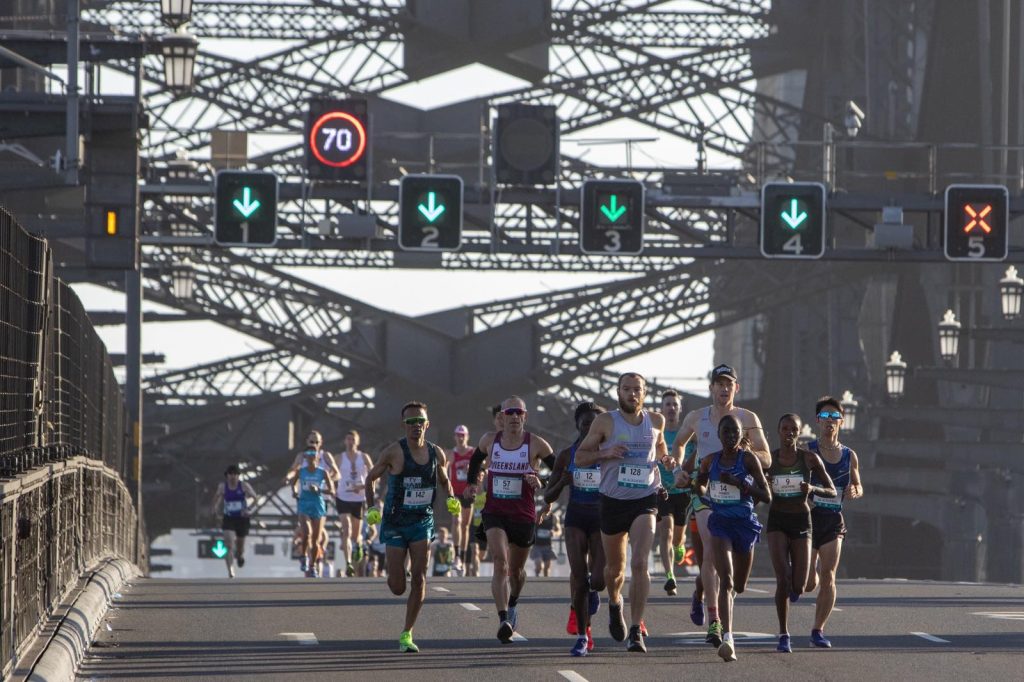 “We can now take a huge leap forward and become one of the most iconic running events in the World and achieving this status would be a tremendous boost for Sydney and Australia. Australia is a proud sporting nation, and we want to call on all of Australia’s runners from all over the country and runners from overseas to support the Sydney Marathon achieve the criteria to become an Abbott World Marathon Major in Sydney”

Whilst the Sydney Marathon already meets many of the requirements set by the Abbott World Marathon Majors and continual enhancements will be made to the race over the next three years including significant growth of our marathon finishers. 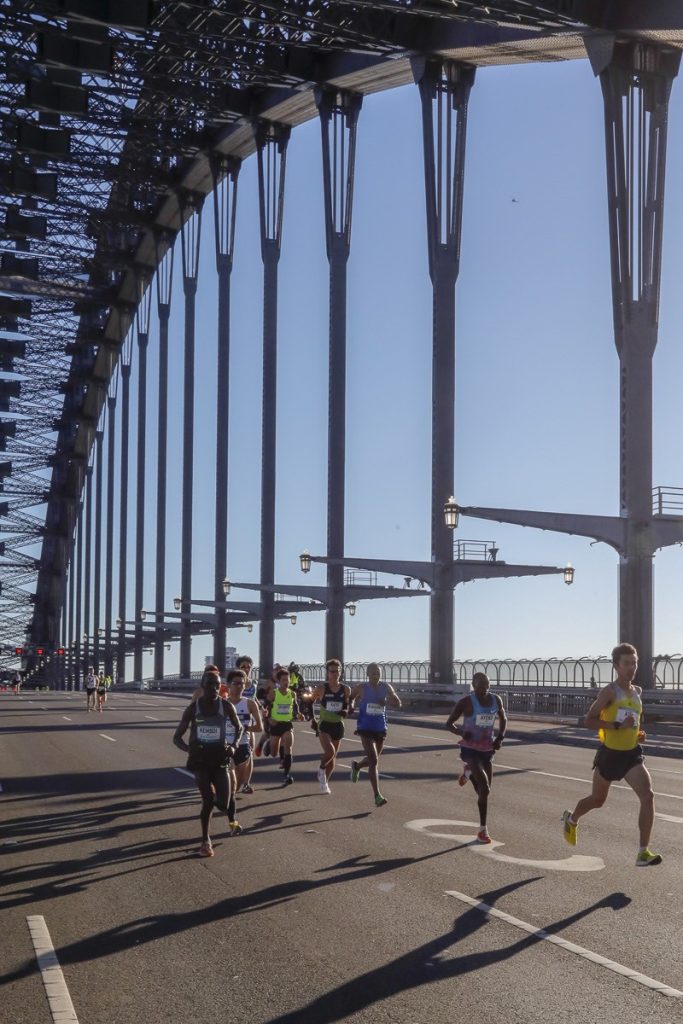 “We are pulling out all the stops to achieve these goals and greatly appreciate the support of the running community across Australia and Overseas, as well as the support from our partners, sponsors, staff and volunteers who are helping to make this dream a reality.” Larden said.

The Sydney Marathon and its candidacy for the Abbott World Marathon Majors series is supported by the NSW Government through its tourism and major events agency, Destination NSW.

NSW Minister for Tourism and Sport Stuart Ayres said the candidacy acknowledges the Sydney Marathon as a world-class event with one of the most spectacular marathon courses on the planet.

“No city in the world has a better combination of natural beauty, love of sport and iconic infrastructure for hosting a marathon than Sydney. The Sydney Marathon is recognised as one of the world’s best marathon events, uniting people of all backgrounds to enjoy an unforgettable running experience. The World Marathon Majors candidacy recognises Sydney as a premier destination to join the great marathon cities of the world, while showcasing Sydney’s natural beauty and desirable lifestyle to a global audience.

“Achieving the status of an Abbott World Marathon Major would cement Sydney’s position as one of the world’s great sporting event cities. It would attract thousands of visitors to the Harbour City and play a key role in the NSW Government’s ambition to make Sydney and NSW the major events capital and premier visitor economy of the Asia Pacific,” Mr Ayres said.

A legacy event of the Sydney Olympics, the Sydney Marathon will attract some of the world’s greatest long-distance runners and wheelchair athletes to Sydney throughout the candidacy period. The presence of these elite athletes is expected to draw significant interest in the event, lower current finish times and act as a drawcard for age group runners.

The candidacy also sees Infront, a Wanda Sports Group company, become a stakeholder in the Sydney Marathon. The organisation will provide strategic input on both media rights and sponsorship strategy whilst also supporting the event throughout the evaluation phase.

Hans-Peter Zurbruegg, Senior Vice President Personal & Corporate Fitness at Infront, said: “Sydney is an amazing destination and has an iconic marathon with a strong legacy. Infront is delighted to form part of the efforts to make it an AbbottWMM event in the coming years. The event is already recognised as a success, and we will leverage our expertise, networks, and insights to elevate the event to the next level. We are proud to work in close partnership with the Abbott WMM team, as well as the Sydney team including all stakeholders to make the dream of establishing a WMM event in Sydney, Australia come true.”

CEO Athletics Australia, Peter Bromley added: Athletics Australia is extremely proud to be the owners of Australia’s greatest running festival. A legacy event of the Sydney 2000 Olympic Games, it has a long and prestigious history. Building on that, this candidacy opportunity will deliver significant growth to the event and showcase the sport of Athletics far more broadly. We look forward to assisting the event achieve the criteria and become an Abbott World Marathon Major.

Dawna Stone, recently appointed Abbott World Marathon Majors CEO said, “The Abbott World Marathon Majors are delighted to welcome the Sydney Marathon into the candidate process from 2022. This presents an exciting opportunity to expand our impact into Oceania and further our mission to create, grow and support opportunities for all to discover the power of the marathon community. We look forward to working closely with the team in Sydney as we start this journey together!”

The marathon is part of the Sydney Running Festival which boasts incredible courses that take in Sydney’s most scenic and iconic landmarks. The Sydney Marathon provides runners with the unique opportunity to run over the spectacular Sydney Harbour Bridge, traffic-free, before crossing the finish line surrounded by the sails of the Sydney Opera House.

In addition to the Sydney Marathon, Cape Town’s Sanlam Marathon and China’s Chengdu Marathon are currently part of the AbbottWMM candidate process. Only three candidate spots are available.

The Blackmores Sydney Running Festival including the Sydney Marathon will take place on Sunday 18 September 2022. Early bird entries are open at sydneyrunningfestival.com.au.