Rumors were rife about an upcoming Mizuno Race and, like a good reporter ready to investigate a new story, I asked my sources to verify the information.

GOOD NEWS: Mizuno will have a 5k/10k/15k race tentatively set for December at SM Mall of Asia.

BETTER NEWS: Mizuno has a running clinic every other Thursday, 7 P.M. at Bonifacio High Street.

You know me, I don’t say no to running events…unless it’s too far, too early, or too idiotic. So, I found myself at Mizuno last night ready to see what this running clinic was about.

The Mizuno Run Club is headed by triathlete coach Miguel “Ige” Lopez. It is open to runners of all shapes, sizes, and fitness levels. Last night was its 3rd clinic and a good number of runners showed up. Perhaps half of them were serious (even elite) runners (you know just by looking at their lean physiques and short shorts) and the other half were beginners to intermediate runners. The former was led by Miguel while the latter was guided by Paolo, Mizuno brand manager. They ran a short 3k around the area, which should steadily increase as the runners improve over time.

While the runners (including Ben and Tricia of Happy Feet) reveled in their short run, I sat in the booth with Renz and KC, Mizuno marketing associate, sulking. Why did I leave my running attire behind? Had I not known that, despite a good 10k run earlier that afternoon, I would not be strong enough to resist the temptation of seeing other runners leaving me behind?

Fortunately, there were a lot of things to distract me from my petty problem. I met a simple and unassuming guy, Jujet De Asis, who turned out to be the 3rd fastest runner of 5k and 10k in the country. His PR is 16.43 minutes for 5k and 28.41 minutes for 10k. Gosh, his 10k PR is better than my 5k PR! Renz and I bombarded him with questions: How often does he train (6x a week), Where (at the Ultra oval), and Is Buenavista his friend or enemy (competitor during a race but friend at all other times).

– Me and Jujet De Asis (Do you think speed is contagious? I certainly hope so!) –

Soon after, the runners had returned and we started an informal Q&A with Miguel Lopez. He was open to all our questions—from proper form to good nutrition—and generously provided all the information we so eagerly and quickly absorbed.

– Runners stretch. Ben (left) and Tricia (the only one with her arms down haha) of Happy Feet –

The Mizuno Running Club’s next session is on August 16, 2007, Thursday, 7 p.m. after which sessions will be held every other Thursday. During the next clinic, they will allow runners to test their running shoes during the run. After 5 consecutive attendance in the clinic, runners get a free Mizuno shirt. After 10 consecutive attendance, one gets a discount on Mizuno products. Registration is free. 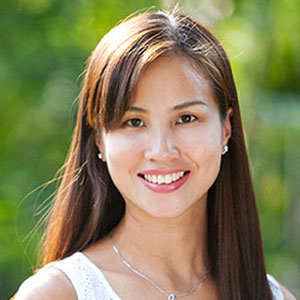